Compliments of the season to youse all. Here’s a reminder of the things you can buy from me which are all GOOD PRESENT IDEAS*:

Nice drawings to look at, discounts for multiple purchases: 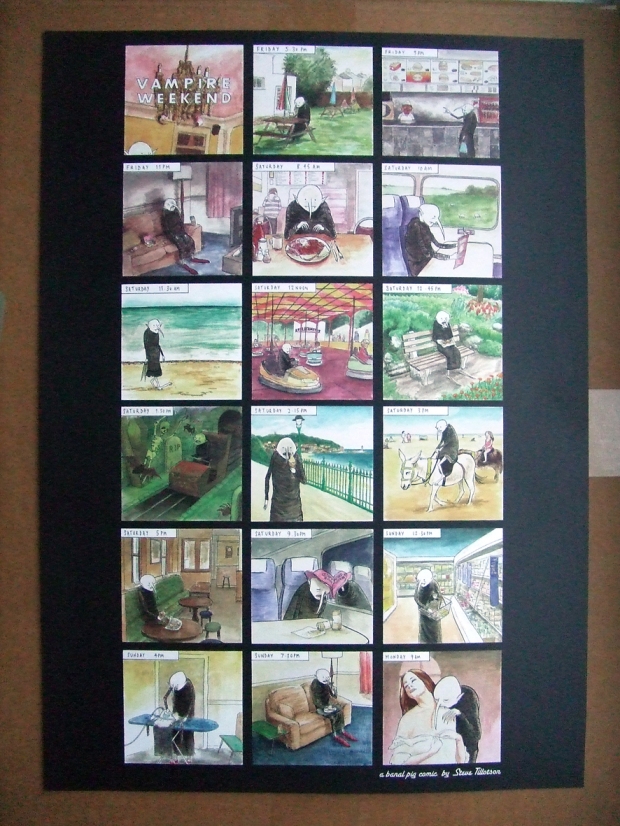 4- A DRAWING COMMISSION OF YOUR CHOICE

Anything you want (decency laws apply) for £25:

Please get your orders in by 17th Dec to ensure Christmas Delivery. Ta!

*sorry for yet more advertising.

Firstly, something BRAND NEW, my Street Fighter 2 From Memory Poster, which is available to buy as an A4 or A3 print here: 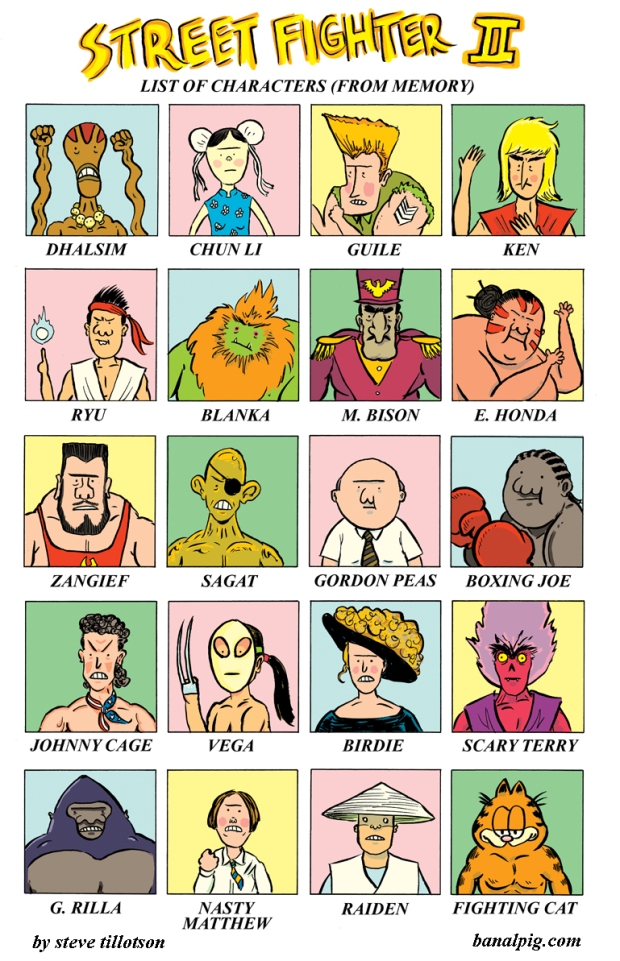 And you can also get it as part of my Christmas Megabundles deal, where you can have a poster, 2 comics, a sketch and extras for only £12, or 3 comics with lots of extra biz for only a tenner! Here’s a pic, all the details here: 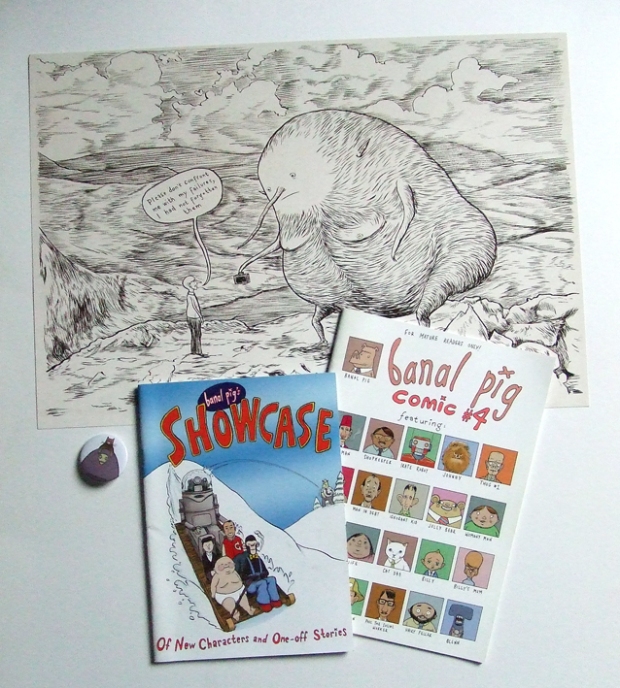 In other major news, Manly Boys and Comely Girls were officially launched by Avery Hill Publishing at Thought Bubble last weekend, which went down really well – thanks to everyone that bought a copy. They look great, and IS available to buy from Avery Hill’s website  NOW!

Here it is! As I only ever printed twenty copies of this (and i ruined a couple of those due to cackhanded folding and stapling), i’ve decided to make it available to the billions who missed out and put it online- I’m trying out Issuu for this purpose, and on first impression it seems pretty good.
The comic itself features the all-new ‘Vampire Weekend’, a very simple premise for a strip that took far to long to execute, ‘I’m Off’, a strip originally for Comix Reader 3, the infamous ‘I Yeti’, and ‘The Internet’, the strip i did for OFFlife #2 which i’ve tweaked and changed the colours on for this publication. Yet another gift for you from Banal Pig Comics, enjoy!

Ding Ding! Here’s the cover to my new comic, the 18th banal pig publication, created especially for the 5th Leeds Alternative Comics Fair next weekend (or specifically, the top half of the front cover of the comic- there’s a comic on the bottom half). The comic is 8 big, full colour pages and was originally planned just to be a vehicle for my I, Yeti story, but I have expanded it to include a previously unseen story called Vampire Weekend and two full page strips that are slightly tweaked versions of comics that have been printed in other anthologies. It will be a limited edition so if they all sell at LACF5, that’ll be it. Get in touch though if you can’t make it and you’d like one reserving.

I’m planning to move away from self-publishing for a bit as I’m gonna concentrate on Untitled Ape’s Epic Adventure after LACF, so this might be my last small press comic for a good while…

Hi Pals
Firstly, I want to say thanks for the great response I’ve had to the ‘I Yeti’ strip, I put a lot of work into it so it’s nice to be recognised, even if my moment in the spotlight is now over. I’ll be selling prints of the I, Yeti strip on here very shortly (UPDATE- now available here), and it will also feature in a new comic, more of which to follow…

So, on with the NEWZ:
This coming Monday the 26th November, I will be one of the speakers at the inaugural meeting of the Leeds branch of Laydeez Do Comics (details here), doing a short talk about my comics and co-organising the Leeds Alternative Comics Fair. So if you’re a comics laydee, please come along.

Speaking of LACF it appears I have been remiss in not posting my poster here, so here it is:

All being well, I will be selling a special, very limited edition comic called ‘Banal Pig’s Royal Assortment’ a full-colour collection of new and recent comics including ‘I, Yeti’, a few one-pagers and the all-new strip ‘Vampire Weekend’: 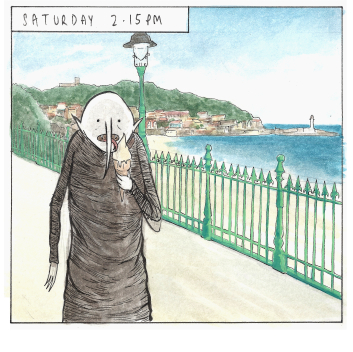 Well, you get the idea of that, I’ll have to get my cheeks in gear to get it finished though, still got to do a cover and that.
Also, if i’ve got time, I’m gonna attempt some linocut christmas cards for your pleasure.

The last thing in my newsfest is that i’m working on the possibilities of a print version of Untitled Ape’s Epic Adventure. I’ve pretty much worked out the main story now, which will be six chapters, but there will be a difference between the webcomic and the book as I’m gonna expand the character’s stories and have a few more sub plots weaving their way into the main plot. Here’s a sketch of some of the characters you can expect to see in coming chapters:

This is as much as you’re getting for now, but I’ll keep you posted as things develop, and keep an eye on the webcomic as I’ll still be posting new pages…

Very lastly, please have a look at Banal Pig vice president Gareth Brookes’ blog which he has updated with much gusto in the last few months, and is packed with tasty nuggets of art, comics and books.

This is the complete banal pig archive from the last decade or so. Please note this has been moved over from my old website so some of the weblinks don't work anymore. Please feel free to email me at banalpig at gmail.com if you'd like to know more.